hide
hide
No announcements have been posted yet for Massachusetts Little League.

This is a great opportunity to play baseball/softball, have fun and most of all, raise money for kids fighting cancer. The New England Jimmy Fund Little League Program will run from mid July through mid August (dates may vary by District).

This Program enables Little Leaguers (2017 league ages 8-12) to continue playing baseball & softball after the conclusion of the regular season. It also provides these youngsters with the opportunity to grow as individuals by developing skills and building self-confidence.

The Little League and the Jimmy Fund are two institutions dedicated to providing children with the opportunity to become healthy adults. In this joint effort, the Jimmy Fund and participating Little League teams raise funds for Dana-Farber Cancer Institute. The program allows children to help other, less fortunate children. Please assist and encourage your players on the fundraising efforts. Share the suggestions in the Jimmy Fund packet. The program has team and individual fundraising incentives which includes Red Sox games, Minor League games, autographed baseballs, and a batting spot at next year's Jimmy Fund Fantasy Day at Fenway.

If you have any questions, please contact your local league or e-mail the Information Officer at masslittleleague@gmail.com

Back this year - Anyone can make their donation ONLINE at www.jimmyfundlittleleague.org
** Make sure you know what your team name is (ex: MA District 13 Assabet Valley Red 9-10) you will need to enter this when donating online. 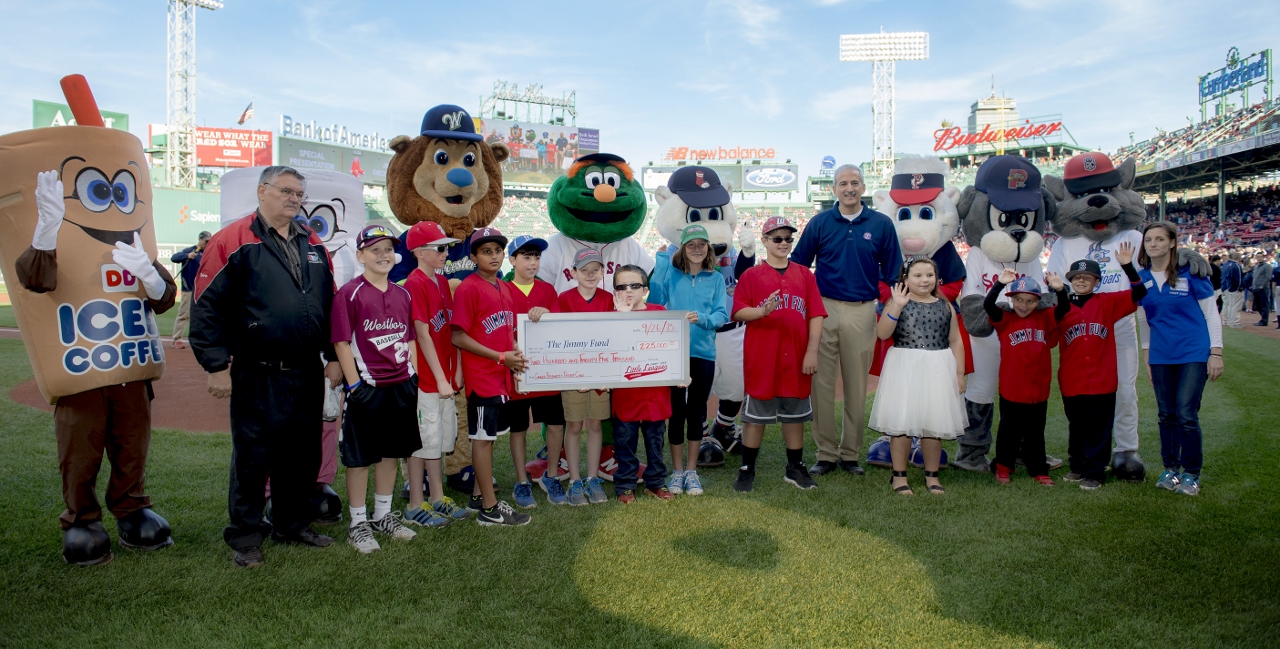 Juniors (14) & Seniors (16) State finals finished up in Easthampton (Booster field).
Canton takes 2 of 3 against Gloucester for the Juniors State final.
Gloucester took 2 straight from Auburn for the Seniors State final.
Complete brackets for all divisions can be found in Tournament section.

All Massachusetts Tournaments have wrapped up...

Posted by John Berardi at Jun 15, 2008 5:00PM PDT ( 0 Comments )
more editing options
2007 was a FANTASTIC year for Little League Jimmy Fund program...
We would like to thank all of you for your efforts this year in the Jimmy Fund Little League program. The goals of this program continue to be met, by giving Little Leaguers the opportunity to play more baseball/softball and at the same time, raise money for children with cancer. The program had an amazing year raising a record $370,000.
For more information click here or e-mail the Information Officer at llb.ma@verizon.net


State Finals wrap up...
10-11 : Sandwich takes deciding game against Pittsfield South with a 7-2 win capturing the 10-11 State title.
Majors : Walpole American takes the State champioship ending Peabody West's quest for back-to-back state titles.
Juniors : Somerset takes the deciding game against Stoneham 12-2 for the State title.
Seniors : Auburn takes back-to-back games against Gloucester with a 6-4 win Saturday and a 12-2 win on Sunday for the State title.
* see all bracket and results in Tournaments Section *


State Finals for all Softball divisions wrapped up this weekend in Worcester...
Lynn Wyoma edged out Jesse Burkett of Worcester for the Majors title.
Wakefield and Dudley took straight games from Westfield and Winchendon to capture their respective Junior and Senior state titles.


Al & al Manger/Coach clinic is a big hit...
With an attendance of 400 managers and coaches, Al Price of Al and al Baseball delivered a terrific day of instruction.
There is no doubt you have all heard of the famous Little League clinic instruction team of Al and al. Once again, due to popular demand, the Al & al clinic has been scheduled to the Massachusetts area and will be hosted this year by the District 13. Clinic will be held on Sunday, March 4, 2007 at the Joyce Middle School Gym. The individual leagues that participate can send as many managers and coaches as want to come, for an all-inclusive fee. The secret to the success of the Al & al clinics has always been the hands on instruction from the experience of attending as well as learning from the training material they offer for the leagues. Please review the enclosed information and have the individual leagues send their orders directly to Al & al prior to the clinic so that the participants can use the booklets during the clinic for reference and taking notes.
For event information see Clinic flyer or e-mail the Information Officer at llb.ma@verizon.net
For Al & al training program information click here

Posted by John Berardi at May 17, 2008 5:00PM PDT ( 0 Comments )
more editing options
Congratulations to the 2003 New England Champions from Saugus Saugus American Little League All-Stars had a terrific run in the tournament with an exciting week in Williamsport including an extra inning 14-13 victory vs. Texas to advance to US Final against Florida.